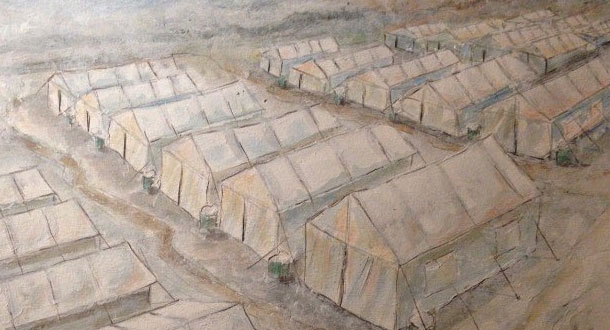 The world famous physicist Albert Einstein was not only a polymath with many interests. He was also a refugee who fought for the rights of political refugees after he settled in the U.S. The Einstein Forum carries on his spirit in Potsdam and operates Albert Einstein’s house in Caputh. This house is not only the last remaining architectural testimony to Einstein’s life in Germany but the last place Einstein lived before leaving Germany for good shortly before the Nazis seized power.

The day begins at 12pm with lectures and an exhibition opening at the Einstein Forum. Festivities begin in Caputh at 5pm. Everyone is warmly invited to attend, especially those who have come to Germany because of persecution in their home countries. German-language ability is not necessary. At 4pm a bus will run free of charge from the Einstein Forum to Caputh. The bus no. 607 also leaves twice an hour from Potsdam’s central station.

Speaking at the symposium will be Jenny Erpenbeck, a Berlin-based writer; Peter Knösel, a professor of jurisprudence at the Potsdam University of Applied Sciences; the Belarusian artist Marina Naprushkina, who founded a new initiative in Moabit to bring together refugees and Berliners, old and new; Jannis Panagiotidis, a professor of migration history at the University of Osnabrück; and the journalist Aktham Souliman, the former Berlin correspondent for Al Jazeera. At the symposium, the Syrian artist Assem Rahimah will open his exhibition From Homs to Hamburg, which can be seen at the Einstein Forum through July.

Über den Tellerrand kochen, a Berlin initiative that brings together refugees and Berlin residents by giving them chances to cook together, will provide the food in Caputh. The Berlin group Yubal, composed of the Syrian musicians Jean Samara, Hazem Nasreddin and Mahmoud Fayoumi, will provide the music.

In cooperation with Allianz Kulturstiftung