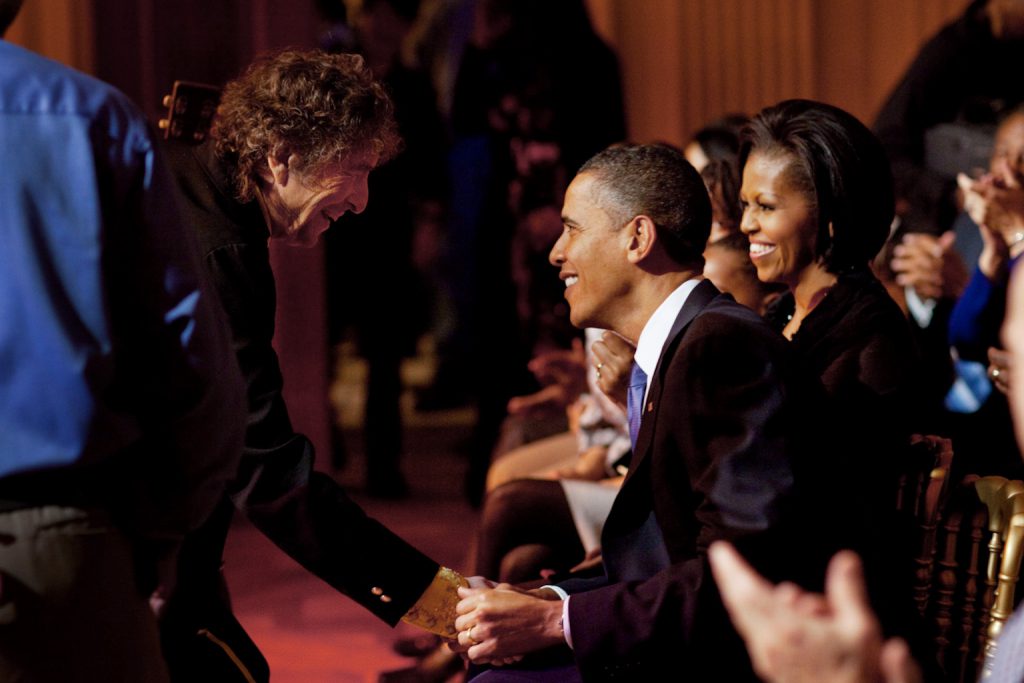 It has been said that Dylan did for popular music what Einstein did for physics; and since 1996, Bob Dylan has been nominated every year for the Nobel Prize in Literature, a nomination roundly seconded by increasing numbers of poets and professors. Many hold him to be one of the greatest poets the English language has ever enjoyed; others point to his achievement in bringing lyrical and literary consciousness to millions of listeners who would be unlikely to read a volume of verse. The scope and seriousness of Dylan scholarship now approaches that devoted to many canonical literary figures, and he has inspired generations of artists across the planet. After President Obama recently presented him with the United States’ highest honor, many have hoped the Swedish Academy would follow suit. There are dissenting voices among Dylan admirers, who hold his work to be sufficiently unique as to make a Nobel Prize superfluous; others have argued that while Dylan may not need the Nobel Prize, the Nobel Prize needs Dylan. All this is reason enough to reflect on 50 years of ever-surprising work.

Road Maps for the Soul

In Scarlet Town Where I was Born

Bob and I: The Saga of a Generation

The speech by Daniel Cohn-Bendit and the concert by Wenzel will take place at Einsteinhaus, Am Waldrand 15­‐17, 14548 Caputh