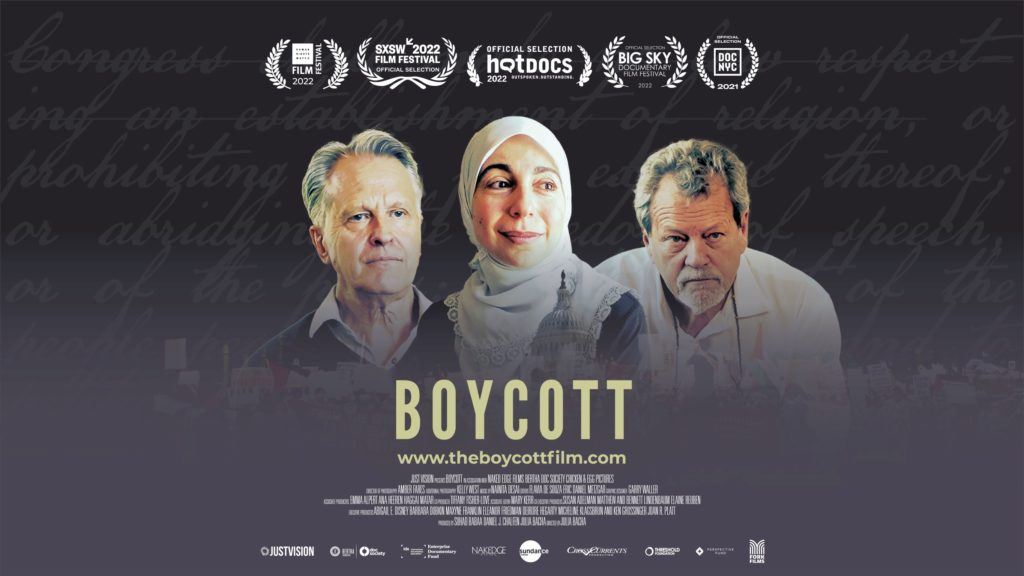 When a news publisher in Arkansas, an attorney in Arizona, and a speech therapist in Texas are told they must choose between their jobs and their political beliefs, they launch legal battles that expose an attack on freedom of speech across 33 states in America.
Boycott traces the impact of state legislation designed to penalize individuals and companies that choose to boycott Israel due to its human rights record. A legal thriller with “accidental plaintiffs” at the center of the story, Boycott is a bracing look at the far-reaching implications of anti-boycott legislation and an inspiring tale of everyday Americans standing up to protect our rights in an age of shifting politics and threats to freedom of speech.

Join us in Berlin for the German premiere of Boycott at Haus der Kulturen der Welt as part of the Hijacking Memory conference. The screening will be followed by a discussion and Q&A with the film’s Producer and Just Vision’s Executive Director, Suhad Babaa, and other special guests. This event is free and open to the public.

Film screening as part of the conference Hijacking Memory.