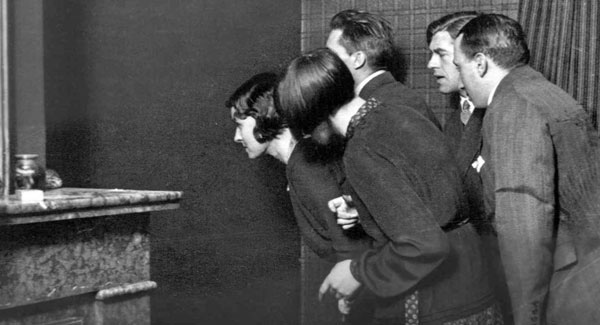 There are, no doubt, more things between the heavens and the earth than we can apprehend with the senses. This has given rise to the belief that we must possess some sort of extrasensory perception. Yet it is hard to identify what exactly such a perception — referred to sometimes as the sixth sense — comprises. The spectrum ranges from moments of foreboding to auspicious premonitions, from everyday intuitions to divination, from instinctual behavior in large groups to individual strokes of genius. Attempts to sort out what we mean when we talk about the sixth sense and what ultimately underlies it have arrived at very different conclusions. Are its manifestations mere disturbances in our perception, ones that stubbornly persist despite (or because) of the disenchantment that characterizes today’s modern, empirical world? Or are they bridges to the wonderland surrounding the campfire of reason, and as such inaccessible to rational comprehension? This conference focuses on the ways people experience and understand the sixth sense today.

The event will be partly held in English

Belief in Psychic Phenomena: What, How, Where and Why?

The Scientific Search for a Sixth Sense

Intuition: The Intelligence of the Unconscious

Making Senses: The Fullness of Nature in Poetry and Shamanism

Feng Shui in Nature, or Why Do Animals and Human Align?