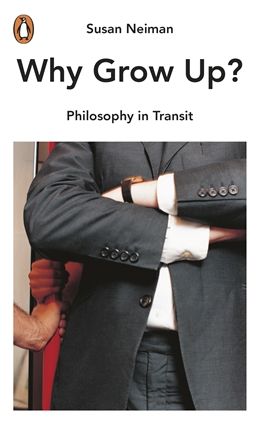 Becoming an adult today can seem a grim prospect. As you grow up, you are told to renounce most of the hopes and dreams of your youth, and resign yourself to a life that will be a pale dilution of the adventurous, important and enjoyable life you once expected. But who wants to do any of that? No wonder we live in a culture of rampant immaturity, argues internationally renowned philosopher Susan Neiman, when maturity looks so boring. In Why Grow Up?, Neiman explores the forces that are arrayed against maturity, and shows how philosophy can help us want to grow up. Travel, both literally and as a metaphor, has been seen as a crucial step to coming of age by thinkers as diverse as Kant, Rousseau, Hume and Simone de Beauvoir. Neiman discusses childhood, adolescence, sex and culture, and asks how the idea of travel can help us build a model of maturity that makes growing up a good option and leaves space in our culture for grown-ups. Refuting the widespread belief that the best time of your life is the decade between sixteen and twenty-six, she argues that being grown-up is itself an ideal: one that is rarely achieved in its entirety, but all the more worth striving for.